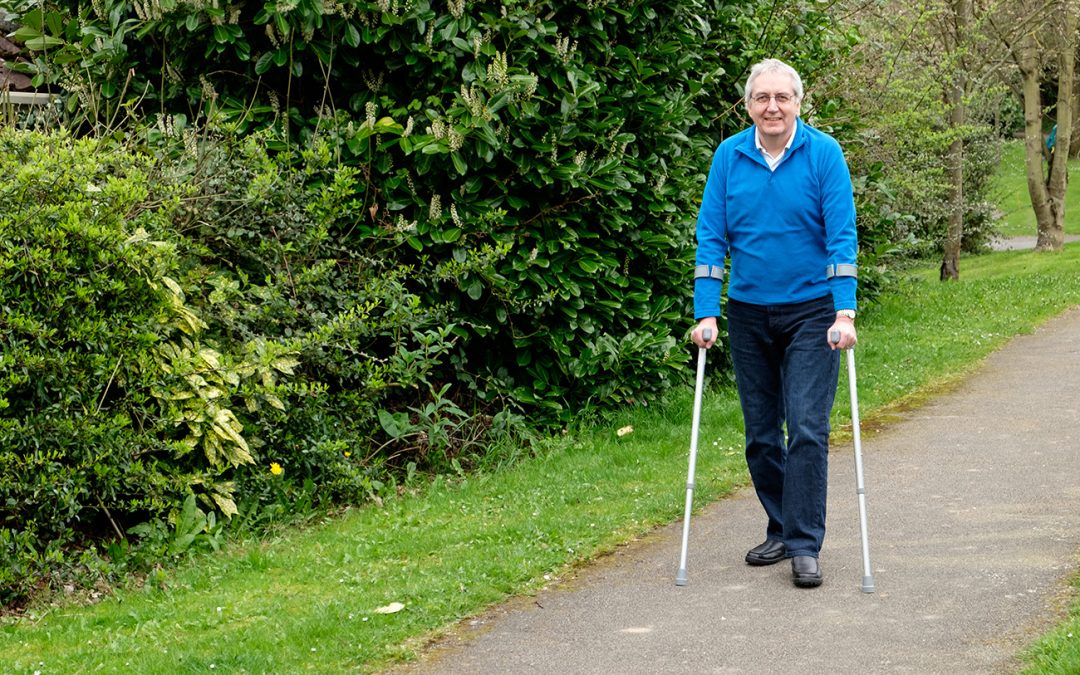 The success of your surgery will depend in large measure on how well you follow your orthopaedic surgeon’s instructions regarding home care during the first few weeks after surgery.

Avoid getting the wound wet until it has thoroughly sealed and dried. A bandage may be placed over the wound to prevent irritation from clothing or support stockings.

Some loss of appetite is common for several weeks after surgery. A balanced diet, often with an iron supplement, is important to promote proper tissue healing and restore muscle strength. Be sure to drink plenty of fluids.

Exercise is a critical component of home care, particularly during the first few weeks after surgery. You should be able to resume most normal light activities of daily living within 3 to 6 weeks following surgery. Some discomfort with activity and at night is common for several weeks.

Your activity program should include:

To assure proper recovery and prevent dislocation of the prosthesis, you must take special precautions:

The following is a list of home modifications that will make your return home easier during your recovery: 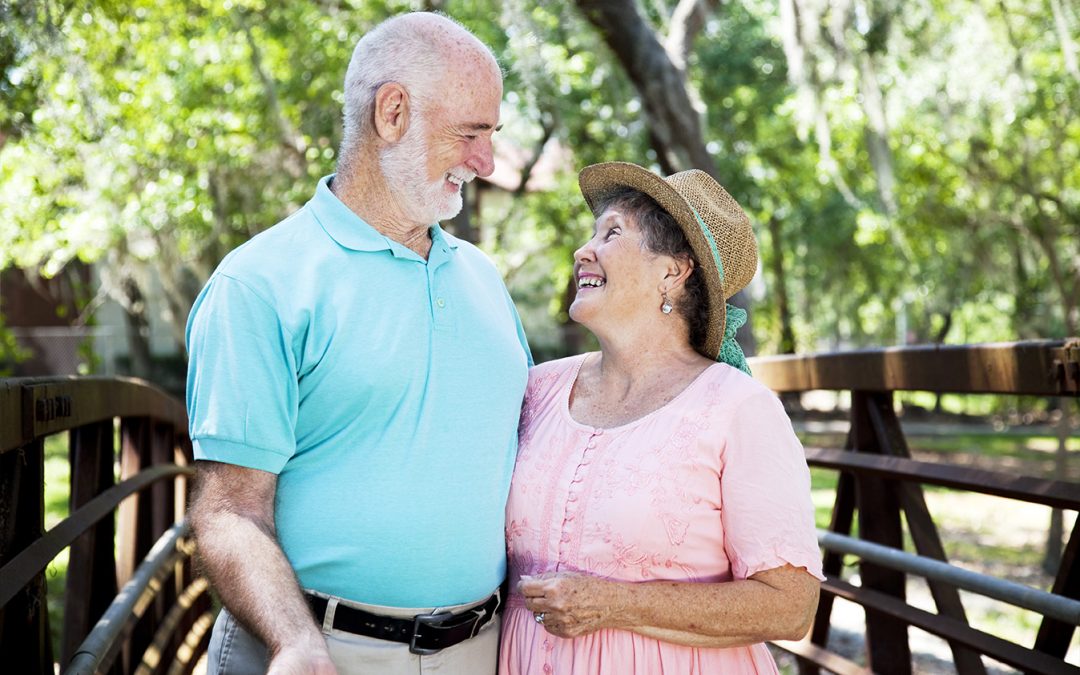 Preventing Falls in the Elderly – The Importance of Exercise

The emphasis in healthcare on falls prevention has never been greater. The Department of Health has highlighted its importance with research evidence. Extracts taken from the publication “Falls and Fractures – Exercise Training to Prevent Falls” illustrate the benefits of exercise as a key Preventative measure.

To access the full publication and for access to reference material:
Department of Health – Falls and fractures
Exercise Training to Prevent Falls.pdf

Exercise to prevent falls should be evidence based and individually tailored:

Research over the past 3 decades has advanced our understanding of common risk factors predisposing to falling and has provided important insights for the prevention of falls, including specific strength and balance training (NICE 2004; Skelton & Todd 2004; Chang et al. 2004; Gillespie et al. 2005; Campbell & Robertson 2006). Risk factors for falls have been classified into two types: intrinsic and extrinsic factors (Skelton & Todd 2004). Both are affected by exposure to risk. Intrinsic risk factors include poor balance and strength (Lord et al. 1992; Tinetti et al. 1988). Extrinsic factors are social and physical factors that relate to the external environment and include obstacles, slippery surfaces, poor lighting and poor footwear. There comes a time when a change in a person’s intrinsic risk factors means they are no longer able to cope with the extrinsic risk factors they have managed before (Skelton & Todd 2004; Skelton & Dinan 1999). We all ‘trip’ and ‘slip’ but can normally right ourselves relatively easily and safely; at some point there are losses in the ability to correct this challenge to our balance mechanisms (intrinsic) because of declining balance, co-ordination or strength.

Many older people do not injure themselves in a fall, but have great difficulty getting up again after the fall and may stay on the floor for some time (a ‘long lie’) (Tinetti et al. 1993). Some of the difficulty of rising from the floor may be due to shock or injury, or a fear of further damage to the body by trying to move, but for many lack of physical fitness is an important cause (Skelton & Dinan 1999). Indeed, many older adults attended by the Ambulance Services are not taken into hospital, they were simply unable to get up from the floor (Halter et al. 2000).

Recent reviews and guidelines suggest multi-disciplinary falls assessment and intervention, including exercise, should be considered alongside osteoporosis diagnosis and management to reduce the number of falls and fall-related injuries (NICE 2004; Skelton & Todd 2004; DoH 2001; DoH 2007)

The maintenance of physical performance as we age is important not only to prevent a fall but in the event of a fall, to have the functional capability to get up from the floor, and in the long term, repair from injury and regain confidence and independence. Ageing is associated with loss of muscle mass (sarcopenia) with a corresponding reduction in maximal muscle strength (Skelton & Beyer 2003). Sarcopenia occurs even in fit, athletic elderly adults who continue to lose lean mass and muscle mass despite retaining functional status. However, some age related changes that were once thought to result solely from ageing are now known to be the result of disuse and are therefore potentially reversible.

In New Zealand, a targeted home exercise program (OTAGO), to women aged over 80, a population at high risk of falls, was taught to participants in their own homes by a physiotherapist and compared to social visits as a control (for review see Campbell & Robertson 2006; other references in the section on Physiotherapy). Exercises were individually prescribed from a set number of warm up, muscle strength and balance training exercises to perform 3 times a week for a year. They were also encouraged to walk outdoors at their desired pace building up to 30 minutes 2-3 times a week. The physiotherapist visited each intervention participant four times over the first two months following on with regular telephone contact. The exercise group had a significantly lower rate of falls. This exercise approach, now called the Otago Exercise Programme has been further investigated in four RCTs (Campbell & Robertson 2006).

Even frail older patients with osteoporosis gain benefit from exercise. However, when working with these patients, exercise must be low-risk and low-impact for safety (Dinan 2001). For example, those with kyphosis/vertebral fractures should avoid unsupported forward flexion exercises such as abdominal curls and spinal flexion (Sinaki 1982; Omnabele-Pearson & Skelton 2007). These patients are likely to have reduced strength of the back extensor muscles and therefore must start with very low workloads and progress slowly. It is possible to reduce the incidence of future vertebral fractures with emphasis on back extensions. The overall emphasis should be on fall prevention. Several studies have shown good benefits of individualized exercise for osteoporosis patients, such as improved balance and strength after 20 weeks, reduced pain and improved muscle function after only 6 weeks (Omnabele-Pearson & Skelton 2007).

Is all exercise good for all fallers?

There are, however, as many trials of exercise that have been unsuccessful at reducing falls as have been effective (Gillespie et al. 2009). The Cochrane review (Gillespie et al. 2005) did a meta-analysis of 9 trials that did not individualise/ adapt the exercise programme or progress the balance challenges and did not show a significant reduction in the number of fallers (RR: 0.89, 95%CI 0.78 to 1.01). A more recent review by Sherrington et al (2008) showed that The greatest relative effects of exercise on fall rates (RR=0.58, 95% CI=0.48-0.69) were seen in programs that included a combination of a higher total dose of exercise (>50 hours over the trial period) and challenging balance exercises (exercises conducted while standing in which people aimed to stand with their feet closer together or on one leg, minimize use of their hands to assist, and practice controlled movements of the center of mass) and did not include a walking program. These findings underline the value of a tailored approach rather than those based on a “one size fits all” methodology.

There are special concerns when increasing physical activity and exercise in older people who have poor balance. It is likely that, in some individuals, preparatory strength and flexibility training is needed before balance challenging exercise commences. For those who have balance deficits, less demanding options maybe necessary initially, particularly if they are exercising at home unsupervised.

Specialist professional training is likely to improve effectiveness and reduce likelihood of inappropriate exercise (Dinan 2001; Craig et al 2000). Therefore an assessment of the functional capacity of the individual should lead to appropriate referral to specialist professionals (Skelton & Dinan 1999; Craig et al 2000). See the next two sections for further information Reducing the risk of falling during exercise.

The foremost worry for any health professional working with older people with postural instability is that the person may fall whilst exercising. It is recommended that people with a history of injurious falls are referred to specialists such as Physiotherapists, Occupational Therapists or experienced Exercise Instructors qualified in working with older people with a history of falls (Dinan, 2001). Failure to assess or account for an individual’s condition in a structured exercise class puts them at unnecessary risk. The wearing of hip protectors during exercise could potentially reduce the risk as they are known to be effective in the prevention of fractures when the person is compliant (Skelton & Todd 2004; Gillespie et al. 2005). Moreover, the wearing of protectors appears to improve confidence in the person and the instructor (Skelton & Dinan, 1999).

In order for the exercise to be effective we know that the person must continue the balance challenges for up to a year for a valuable reduction in risk of falls and fall related injuries.

There is strong evidence that physical activity across the life span is important in preserving adequate to good skeletal health and in preventing fractures. Exercise, even at advanced ages and in people of varying physical activities, can improve balance, strength and other risk factors for falls and injury. The evidence for the promotion and provision of safe, effective, exercise to prevent falls is strong. Unlike UK cardiac rehabilitation, where there is a referral pathway from Phase 3 to Phase 4 in most primary care trusts, equivalent provision of such exercise opportunities for those with a history of falls is still inadequate. A recent British Geriatric Society Survey on Falls Services provision in the UK was disappointing, only 69% suggesting a formal exercise programme was part of the service (Ali et al 2004). Of even more concern was the response that 41% of exercise programmes reported no strength or balance training, the two key components of a successful exercise programme for fallers (Ali et al. 2004). The Geriatrician or the Physiotherapist is in a powerful position to increase awareness of evidence based interventions (Close & McMurdo 2003; Close et al. 2005) and ensure that the patient who falls and who would benefit from appropriate exercise receives the most effective long term support for managing their risk.